Ongoing problems with Florida's unemployment website continue to persist a year after major issues surfaced when the coronavirus pandemic began.

Rossanna Roxann of West Palm Beach is one of many who haven't received unemployment benefits since December.
“I am being told it's a glitch in the system. That it's an IT problem," Roxann said “and that the Florida Department of Economic Opportunity, have promised to fix it."

"I called back again, and they told me they're working on it. There are a lot of people in the same situation, and they could not give me a time frame," Rossanna said.

The problem began when the federal unemployment money under the Cares Act expired and then restarted again. The restart left Rossanna in limbo.

This is just one more issue with DEO's website - a system that may soon benefit from sweeping improvements.
A bill costing more than $70 million to fix the site using massive remote data centers is being fast tracked by Florida lawmakers. 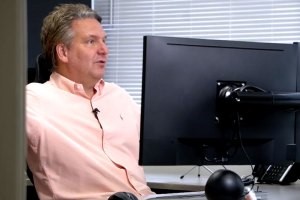 InfoStream CEO Alan Crowetz believes a cloud-based server will give the state more flexibility during times of high demand.

Alan Crowetz, CEO of InfoStream, explains those data centers, known as the cloud, can avoid many of the problems the DEO experienced in 2020.

"Whenever demand increases, as there was with COVID, and demand doubles, quadruples and even increases 10 fold, you simply expand the number of servers or the power of the servers. And when you don't need it, you bring it back down and bring your cost back down," Crowetz said.

Luckily for Rossanna, her account was unlocked Monday and she's hoping to get all of the payments she missed but she added “the worst part is I'm not getting any answers,"