How much information are you giving away when you search for DNA matches? 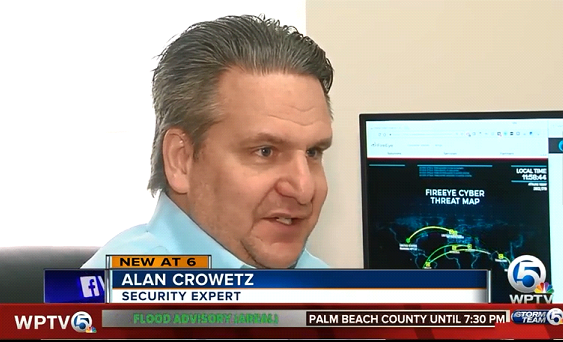 America’s favorite hobbies, it seems, is tracing our family tree. Nothing could be easier. We only have to send off a saliva sample and then upload the results in the hope of finding long lost relatives. However, there is a big trade off if you do that, according to security experts.

As with so many national stories, it appears that there is a tie to Florida. The most recent story: saw police in California use the GEDmatch database, to help identify the Golden State killer. The site is free where people can post results from bigger companies, such as Ancestry.com or 23 and me etc, in order to further expand their family search.

Working out of a very small office in Lake Worth, the co-owner declined to go on camera. However, he said users should understand that there are possible uses of their DNA. These include, as in the case of this story, identification of relatives who have committed crimes.

“This is going to freak a lot of people out” said Alan Crowetz, WPTV’s Internet Security Expert from Infostream.

“When you are doing a DNA test for genealogy and you give it to a company, you are basically giving them your fingerprints”.

It’s similar to handing them hard drive upon hard drive …. Just volumes of information about you” he said. “Bad guys are all over this, or, as in this case, the good guys are using it to get people” The good guys being law enforcement.

William Snyder, Martin County Sheriff said that access to DNA is paramount. He went on to say that DNA which was later processed, which helped law enforcement crack a major cold case several years ago, linking a rapist in a mother and daughter assault.

He went on to say that provided law enforcement has access to DNA, whether from a national FBI database or DNA to which there is access or a privately collected DNA source, the community served by law enforcement, is that much safer.

The owner of GEDmatch database told the news channel that he first heard of law enforcement’s involvement overnight, after getting a phone call. He went on to say that if you have concerned, you not upload to the database and you should also remove what’s already been uploaded.