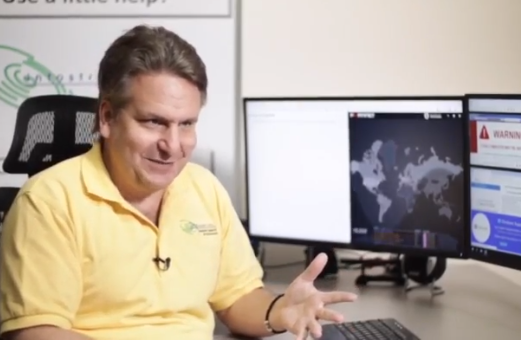 This is a report about a cyber security hack which happened to the City of Riviera Beach. Their data was hacked and a ransom was paid in order to get that data back. This happens all the time, to companies right here in our area, who are just not taking the necessary action to protect themselves.

It is going to happen to you at some point. Take action now. Hackers demanded $600,000 in ransom from the City of Riviera Beach. Late in May, their online system was hacked. From that point on, the city had no email, no options for online payment or databases, and even emergency calls to 911 had to be dealt with by hand.

Everything had to revert to being done manually, before everything was automated. Fortunately, there was no impact on their response to calls.

The City Council voted unanimously on Monday night, to pay the 65 Bitcoin ransom which equates to approximately $600,000. WPTV Ch5 Cyber Security Expert Alan Crowetz said that there are clear advantages in the online currency.

There are no serial numbers, nothing to identify the origins the currency. Once has been moved it’s untraceable, he said. City taxpayers will not have to pay the entire $600,000. Their insurers will be paying the majority and the city will only have to pay the $25,000 deductible. Alan went on to say that globally, ransomware attacks are definitely on the rise. “It’s definitely getting worse,” he added.

The insurance company advised the council to pay if they wanted their data back however, Councilwoman Miller-Anderson told Ch5 News that it was a very difficult decision because it meant they had to trust what others were telling them.

Alan also told Ch5 News that in the first place, the city really should never have been in this situation. Their data should have been backed up. The FBI, Secret Service and police are investigating, and the big question is why a city, the size of Riviera Beach, does not have backups.There is no guarantee that the city will even get their data back.