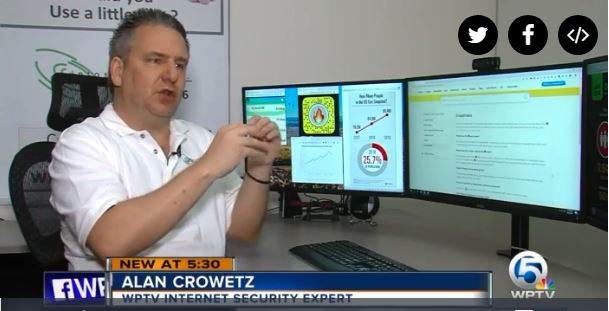 Sen. Josh Hawley, a Republican lawmaker in Missouri has introduced legislation which, according to him, is designed to reduce addiction to social media.

The auto play and scrolling features would be banned on social media platforms by the SMART Act. Sen Hawley says it would make it easier to leave a site or platform when you can’t scroll any more.

In a statement he said: "Big tech has embraced a business model of addiction. Too much of the 'innovation' in this space is designed not to create better products, but to capture more attention by using psychological tricks that make it difficult to look away.his legislation will put an end to that and encourage true innovation by tech companies."

Alan Crowetz of InfoStream, and WPTV’s internet Security Expert, said “they are all fighting for your time, which is your money.”

He added that popular apps are constantly working on more features to keep you coming back for more and are using Artificial Intelligence and big data analysis so they can look at you and learn almost more about you than you, yourself, know about you.