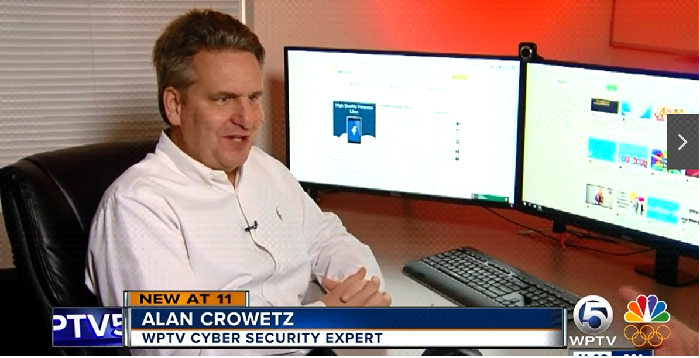 The New York Attorney General is investigating a West Palm Beach businessman following an article in the New York Times, accusing the man of having stolen social media profiles and having created fake social media account.

According to the article, his business sells ‘followers’ giving the illusion that the buyers have more followers than they do. A New York address is listed on the company website, but records show that it is in fact in West Palm Beach, in a very unremarkable office space above Rocco’s Tacos on Clematis Street. Suite 206 accommodates a company called Bytion.

We visited because we wanted to talk to German Calas, the owner of Devumi. Bytion is the parent company of Devumi.

Alan Crowetz is WPTV's tech expert and owner of InfoStream.cc. offering computer services Palm Beach County, said that it doesn’t surprise him somebody really savvy is on Clematis Street right in the heart of West Palm. Crowetz said that the technology scene here is bustling.

The New York Times article claims that Devumi has over 200,000 customers, including athletes, pastors and TV starts who all paid to have more Twitter followers, You Tube views and LinkedIn endorsements.

Some were stolen accounts some were fake robots. Each follow cost about a penny. More influence is the result of a bigger following.

Alan gave an example: “People want to know why a particular guy so popular? I could give a squat about the Kardashian’s but I know who they are, because I see a million other people following them.

Not surprisingly, the 27-year-old, self-described serial entrepreneur wasn’t at the office when we called. Neither did he respond to email or a phone call.

Strangely, after this news item, according to state records, Bytion’s address has been changed to one in Denver.

Alan Crowetz said, beside trying to catch it early and reporting it, there really isn’t much you can do to avoid becoming a victim.