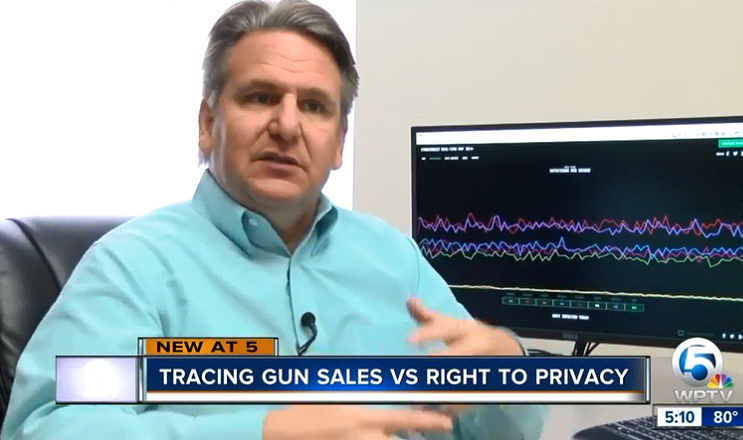 Banks and Credit Card Companies already track our trips to the grocery store, restaurants and gas stations but a preliminary plan to track gun sales goes much further.

Even the private sector is now taking a tough stance, in the wake of the Parkland massacre, and the question is now does this plan take it too far?

“We don’t know what it is, but definitely it’s becoming significantly less convenient to do credit card transactions,” said Shkop.

He now fears it could get even worse if what the Wall Street Journal published on Monday, becomes a reality.

It seems that months after Parkland some credit card companies and banks are now considering creating a new merchant code to identify gun purchases.

"I understand that they want to track and need do statistics, it just makes us feel uneasy because usually, the point that we’re scared about is that they can use the statistics against us very easily,”  said Shkop.

For others, the concern is not gun rights it’s about privacy.

“For years they’ve been tracking whether you are purchasing at a restaurant or a hotel or in certain categories and now they’re talking about taking it a step further and looking at gun purchases,” said Alan Crowetz, WPTV's internet cybersecurity expert with Infostream.

He said the big question is where does it stop?

“What degree of detail are they going to capture? Is this a further expansion of their tracking? Is this the tip of the iceberg or is it just going to be this one item they’re going to start tracking?”

Congress might have to get involved in this gun tracking plan for it to become legal.

We've reached out to Florida Senator Marco Rubio and Florida Senator Bill Nelson as well as Senate candidate Governor Rick Scott for their opinions. So far no one has responded.