It’s the new wave and the next thing. In many cases it’s the “bleeding edge”. Every planning meeting I’ve been in for the past few years has inevitably had to deal with it. The big question I keep answering is “Is it time to replace my equipment with a cloud service?” If that’s the question you are asking, the answer is “YesNo”. Thank you for reading the article. I’d like to hear from you with any feedback.

Of course, I can’t give a better answer than that without knowing a whole lot more about your network. So that’s not what this article is about. To be able to understand and explain the ups and downs of “cloud” computing, I must live it myself. Therefore, I took InfoStream’s entire infrastructure and moved it to the cloud. Our e-mail is cloud based, our data shares, our financial information, our support tools. Everything. About the only thing left is a firewall, a switch, a couple of printers, and some desktops. This article is to share some of the experiences, ups and downs of using a cloud-based server.

The first, and maybe the biggest bonus was the increased flexibility in accessing my data. It didn’t matter if my Internet was up, or if the power went out. If there were any issues with getting to the Internet, I just had to find another location with service and get back to work. Another bonus is the lack of concern over any hardware maintenance or failures. All that stress is pushed off to the person in the cloud. Finally, with no upfront costs, spinning up the cloud server was not challenging to the bottom line. 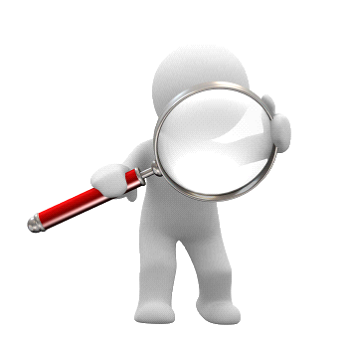 That flexibility and ease do come at a cost. Unlike with a physical server, once you get the server running, you do have to pay, and pay, and pay. The monthly charges start to add up. In the scenarios I have run, by the end of the 5th year, the cost of the cloud server catches up and passes the onsite servers. If your budget calls for replacing onsite servers about every 6 years, then this slightly tilts the balance in favor of the local equipment. However, many companies push their servers out to 8 or 10 years. The longer you keep the physical servers running, the more the bottom line favors the local hardware.

And there is a gotcha with most cloud services. It makes sense that you would pay for all the uptime the server is running, and that is a major portion of the cost of the server. However, one of the additional costs that is difficult is managing the data. Storing data on cloud servers is not very expensive, but moving it around can get very expensive. You usually don’t have to pay to put data on the server, but you do have to pay to get it out. This means you can easily add lots of data to the cloud server without thinking about it, and then get a major hit to the wallet when you start using it regularly. Everybody accesses data differently, so it is very hard to estimate how often you are going to use your information, incurring those costs.

And if you don’t pay attention, your cloud server itself can create unnecessary traffic which you also get to pay for. As a personal example, when I created my company’s small cloud server I was paying around $150/month. After a few months to confirm that price was stable, I stopped paying close attention to it. Then, out of the blue, I got a monthly bill for $310. To make matters worse, due to the way the billing cycles were configured, I had already gotten most of the way through the next month and had a second $300+ bill built up as a follow-up. The bill was broken out very nicely and clearly explained that the change in price was all due to the increase in data flowing out from the server. Time to investigate!

Having just upgraded a couple of networking tools used by my engineers, I started there. I jumped on the server and opened “Task Manager”, and confirmed that yes, my network bandwidth was off the charts, especially the outbound traffic that we are paying for. Switching to “Resource Manager” I was able to confirm that my upgraded applications were not causing any unusual problems and that something listed under svchost was the culprit. Digging deeper I used Process Manager to identify an application called lsass.exe was running away with gigabytes of data being sent all over the world. Without getting into the ugly details, I was then able to narrow it down to LDAP communications and adjust my firewall to block other servers from talking to my server, forcing it to respond. The traffic on my server went from almost a full Gigabyte per second down to 300 kilobytes/second. Problem solved, nothing to see here, move along please. 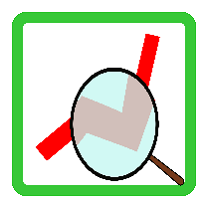 The lesson learned was that cloud services can be much more unforgiving of a slight error in configuration, and that constant monitoring is necessary. Setting up alerts for network usage, CPU usage, storage, and even billing is now a critical extra step with any cloud server so that sudden changes are instantly recognized and taken care of.

Although cloud servers will not usually save you money, and tend to be more expensive overall than local servers, the costs do become consistent and can be budgeted for appropriately. With planning and monitoring, in the right situations, you can ensure you are getting your money’s worth and not paying extra for things you don’t need.