IT Consulting Lake Worth: Apps are recording screenshots 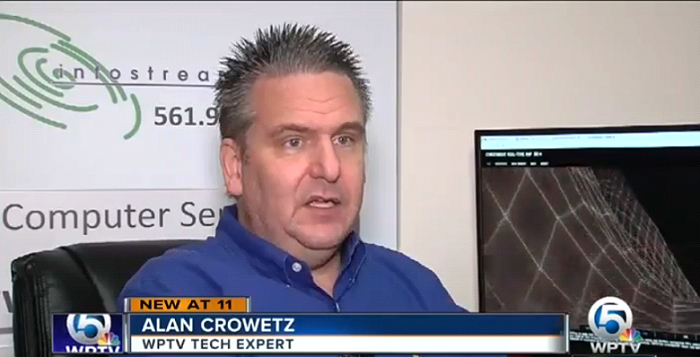 As you might have always suspected, there is now evidence which confirms that your smartphone is indeed spying on you, although maybe not in the way you thought.

For some time, the internet has suspected that our smartphone are constantly listening.

“I could be talking about something and no more than a few minutes later, scrolling through Instagram, there is the advert I had been talking about” said one smartphone user.

Northeastern University researchers have learned that the apps on your phone are spying on you, though not quite listening to your conversations.

Internet Security expert Alan Crowetz, InfoStream, Inc. said that we are now finding out that your apps are taking pictures of you screen and are possibly sending that back to a so far unspecified place.

He went on to say that in most cases, the smartphone users are allowing the apps the access.

He also said that when you fly through the standard disclaimers and the permission screens requesting access to your contacts, or your gallery etc, you are basically giving them access to everything on your phone.

We spoke to several smartphone users and had comments like: I had no idea that was to invade our privacy and spy on what we are doing and another commented that this is absolute invasion of privacy.

The good news is that according to the study, of 9,000 Android apps requesting permission to use the camera and microphone, only 12 in fact actually sent screenshots to third parties or app developers. However, this does mean the apps still have access to your screen. Alan Crowetz said iPhone apps are using the same recording programs.

He went on to suggest we should stick with the big apps, the ones that are tested, the ones used by thousands if not millions of users. They are the ones getting enough attention for security experts to be vetting them.

Another thing he suggest we all do is the check what permissions we are granting certain apps on our phone by going to the privacy setting and checking which apps have access to the camera and microphone. It is a good idea to tur those off when app is not actually in use.