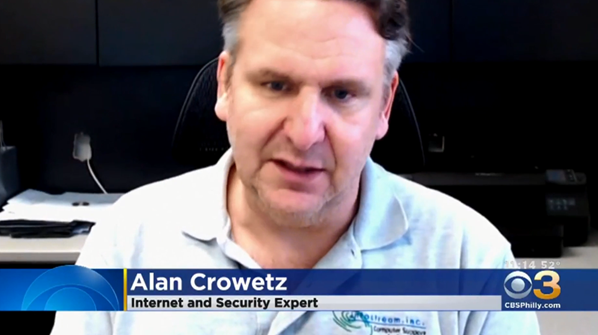 The sound of footsteps, a dark street, a late shift; all reasons why close to 2 million smartphone users are installing a safety app called “Noonlight.” Last December, police in Denver credited the app for the rescue of a boy who used the GPS-based panic button system to alert officers following an abduction.

According to Noonlight, their service has handled nearly 150,000 emergencies.

“It’s kind of like a fancier version of Life Alert and the [necklace] around your neck,” Alan Crowetz, an internet and security expert with Infostream.cc, said, “and you’re just using your phone instead of buying some appliance.”

Noonlight works like this: A user who feels nervous about their surroundings holds their finger on an icon within the app. If they let their finger up, they have a chance to enter a password. If it is a true emergency and a password is not entered, police will be called to the phone’s GPS location.

“It’s better than just keeping my keys between my knuckles or something when I’m walking,” Temple University student Macy Wenner said.

In a message from the company, Noonlight says “you can use Noonlight when you feel scared but aren’t ready to call 911. We have your back if things do go wrong.”

With plenty of help from the Camden County 911 Call Center, CBS3 put this app to the test.

We began by opening up the app and holding down the Noonlight “Hold Until Safe” Button. Then we put our fingers up, prompting at a 10-second period to enter a unique password and call off the alert.

To replicate a surprise attack scenario, we did not enter a password. Forty seconds later, we received a call and then a text from Noonlight to see if this was a false alarm. Again, to replicate an emergency situation where the user was incapacitated or unable to respond, we ignored both.

Two minutes after the button was released, a Noonlight call center worker contacted Camden County dispatch requesting a “wellbeing check” for the location of the phone. They also provided basic details about the caller such as the name and cellphone number associated with the account.

In total, it took just under four minutes before responding officers would have been dispatched to our emergency location.

“A four-to-five-minute timelapse before anyone is dispatched is a long time. A lot of things can happen in that time span,” Jonathan Young Sr., Camden County Freeholder Liaison to Public Safety, said.

Young was concerned with something else too. Our location was reported to be 2201 Bangor Ave. in Lindenwold, which is a quarter-mile away from the Camden County 911 Center where the emergency alert was made.

For a more precise location, the responding officer would have to go to a live website provided to them by Noonlight. That site tracks the exact location and movements of the user and their phone.

“When you are dealing with a life or death situation, 911 is the only way to go,” Young said. But what if a person is not ready to call 911, perhaps they’re in a situation where the level of danger is unclear or elevated to where an attack could occur without the thought or even the chance to dial?

Several Temple University students we spoke with said that peace of mind and a potential lifeline is enough to make Noonlight worth it.

The company is adamant that, “Noonlight does not replace 911. We provide a smarter and more advanced way to connect to police, fire or emergency medical help when you need it. We get highly accurate location data as well as other vital information from your smart devices, and our app, that can help you in an emergency, and we share that vital information with local first responders in the event you need help.”

Noonlight’s basic panic button service is free on Apple and Android Devices. More advanced subscriptions begin with a month-long free-trial and then cost between $4.99 and $9.99.